A sense of hopelessness had taken hold among

Debate is earnest, each discussion ending in a show of hands. Only when consensus is reached does the committee move to the next issue. “We are trying to transform our village by this process. We are empowered to be leaders,” said Says Sowmya, 16, president of the club.

Others are focused on more intimate issues, such as shepherding peers through adolescence. “I teach my friends on life skills such as personal hygiene, self-discipline and menstrual issues,” said Rajendhiran Sridevi, a 16-year-old “trainer”.

Sathiya Babu, deputy project director of Scope India, which helps deliver opportunities for the poor, said the gap between the ambitions of the young and the expectations of parents was widening. “The youngsters know that somebody has to do these things for the community. These girls are taking control of running the village. They want change.”

There is another incentive for the young women’s intervention.  Thennamadevi’s teenagers, prompting a number to flee in search of a better life. Sridevi and Sowmya have frequently discovered that friends have disappeared, heading towards cities such as Chennai and never heard of again. Local records reveal that at least 150 children from the area have attempted to run away. 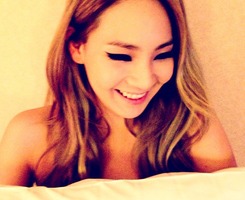