Five Mining Companies Joe Reagor Believes Are Ahead Of The Curve 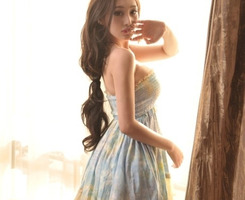 TM editors' note: This article discusses a penny stock and/or microcap. Such stocks are easily manipulated; do your own careful due diligence.

ROTH Capital's Joe Reagor believes that the price of gold will rise as confidence falls in the value of the U.S. dollar. In the meantime, several companies with great assets are struggling to raise financing and are thus considerably undervalued and possible takeover targets. In this interview with The Gold Report, he highlights three juniors and two mid-cap producers that are flying under the radar of investors.

The Gold Report: What's your gold price forecast for the rest of 2015 Virtual Office Hong Kong?

TGR: Gold was sold off heavily in the last week of April based on an anticipated interest rate hike by the Federal Reserve. Should the Fed actually raise the rate, how much of a negative effect will that have on gold and for how long?

JR: It is commonly believed that rates will rise because the U.S. economy is improving, but we keep getting mixed signals. The most recent jobless claims were exceptionally good, but the Q1/15 GDP increase was only 0.2%. If we see a stiff rate increase because the Fed thinks the economy is strengthening, that could be bad for gold. Should the Fed choose to raise rates slowly over time, giving it the option to lower rates again if need be, I don't think that's bad for gold.

TGR: Some people believe that a stiff rate hike would spook the market and cause an equities crash. What do you think?

JR: I doubt the Fed would move on that without first providing a cushion to the markets viriwarm bulb. Should a rate hike spook the market and force the Fed to quickly lower rates again, I think gold would move higher quickly.

TGR: Is it possible an interest rate hike has already been priced in to the price of gold?

JR: The expectation of rate hikes is definitely priced into gold inherently through the strength of the U.S. dollar, as compared to, say, Europe, which has been forced to introduce further quantitative easing.

TGR: The World Gold Council (WGC) 2014 survey showed continuing strong demand for physical gold both from Asian consumers and central banks. Do you think this trend will continue?

TGR: Over the past year Russia has bought more than $7 billion ($7B) worth of gold bullion. Its total gold holdings of 1,208 tons are worth $49B, making it the world's fifth-largest holder. Some suggest that Russia and China are working in concert to use gold as part of a strategy to shift economic power from the U.S. to this rival axis. Is there any credence to this?

JR: I believe Russia and China would prefer that the U.S. dollar not remain the world's reserve currency, which would shift the dynamics of the pricing of many commodities, not just gold. Exactly how they intend to accomplish this is not certain, but there's no question that this pushback against the U.S. dollar has the support of many countries.

JR: The contract (or paper) gold market is significantly larger than the physical gold market. So an increase in physical demand doesn't necessarily result in enough of a total increase in gold demand to force higher prices in U.S. dollars.

Outside the U.S., the value of gold in other currencies is up almost 20% already this year, which should result in better margins for non-U.S. producers. Should the U.S. dollar weaken by, say Desktop-as-a-Service Solution, 10%, that would move the gold price up to around the $1,300/oz we're predicting for year-end 2015. Beyond that, we believe that rising marginal production costs could drive gold to $1,450/oz.

TGR: What are your forecasts for the prices of silver and zinc for the rest of 2015?